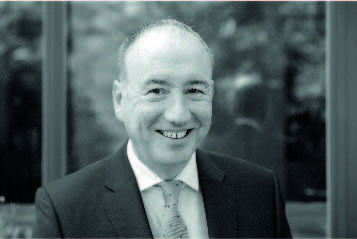 David Birkbeck has led this small social enterprise since its incorporation in 2000 to campaign for new homes to be better designed and produced in greater volumes. With that focus, David first helped initiate and was then the only private sector judge for John Prescott’s £60k/house competition in 2007, the fruits of which were spoiled by the credit crunch.

David is both director and a judge for the Housing Design Awards, a unique partnership between Government and industry since 1960 to recognise the best in new-build and disseminate their genius. The Housing Design Awards library is now the largest of its kind in the Anglophone world, hosting tens of thousands of images and more than 50 instructive films about award-winning developments. No other awards programme explains who won and why in such detail.

He wrote the Building for Life design toolkit in 2002 and then co-wrote a version for the era of the National Planning Policy Framework, BFL12. Since its 2017 iteration the NPPF recommends planning authorities use BFL12 to raise quality. In 2019 Homes England chose to use BFL12 to underpin better urban design, refusing to sell land to companies unwilling to design out the failings BFL12 guards against.

David is an NHBC councillor, an honorary fellow of RIBA and was a design advisory board member at the Homes and Communities Agency. One of his proudest moments was as part of the team that developed the HAPPI report recommendations in 2009 to make developments designed for seniors at least as appealing as general market-sale homes.

Fiona makes Design for Homes and the Housing Design Awards appear to be run by 100s of people. Her logistic skills are behind the very smooth running of our study tours and training programmes. She is passionate about the enterprise’s campaign to improve new housing. She has a degree in Psychology and a background in automated payment systems. Best to catch Fiona before 2pm as she juggles work and a young family.